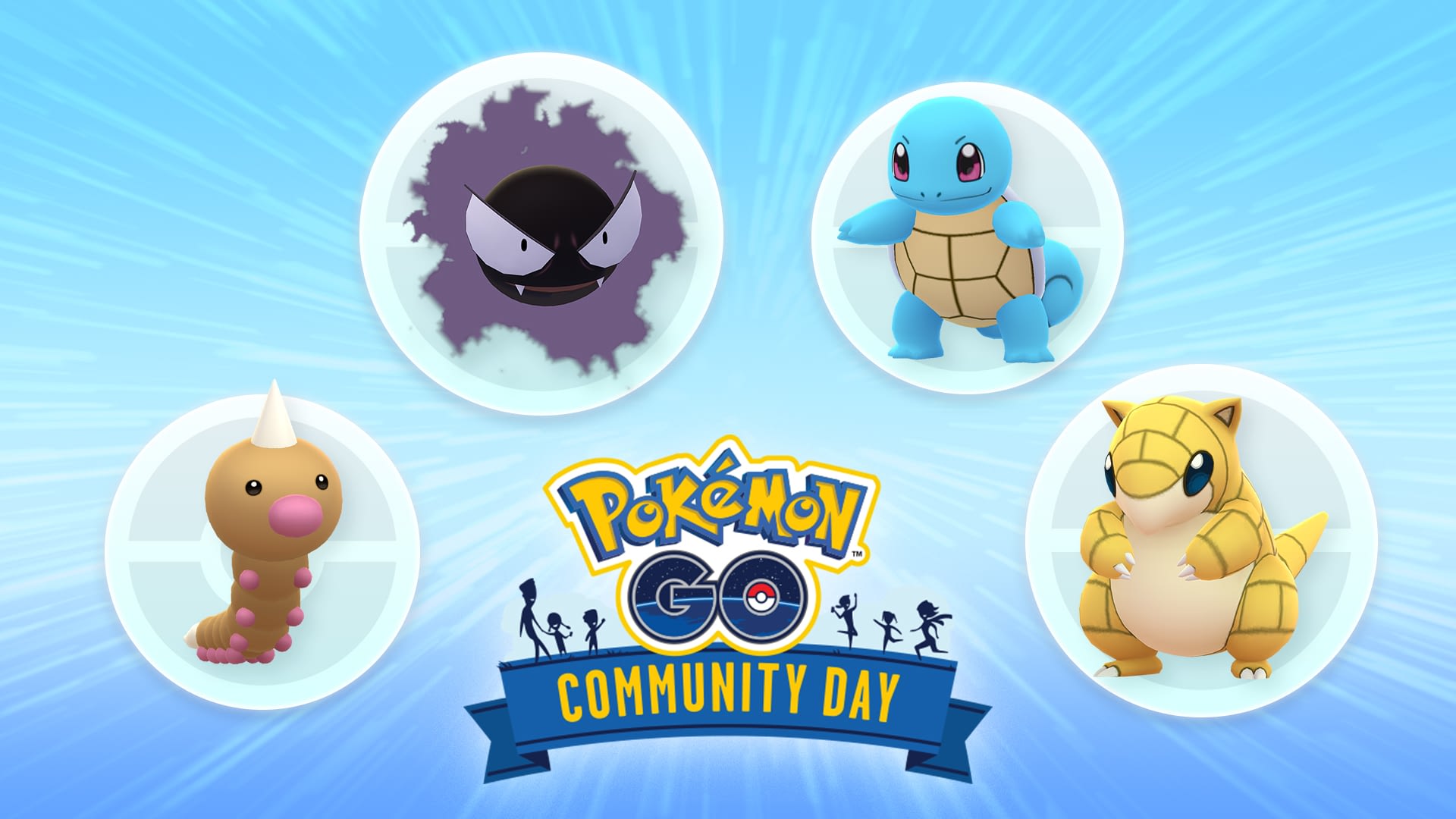 Niantic has planned to take a voting session for the upcoming Pokémon Community Day. The voting session will take place from May 24 until May 25. Niantic has also revealed the four contenders for this voting event which is going to take place in a Twitter poll. This voting will decide on which character does the next two months, June and July will be focused on.

According to the sources, the winner will be the star Pokémon for June and the runner-up will manage to be the focus for July. Thus, all the names revealed are of the first-generation Pokémon that include;

On the other hand, Niantic has also mentioned if any of the four Pokémon is selected for Pokémon Community Day what all exclusives will it cover. For example, if you chose Squirtle and if it wins you might get a Blastoise that knows Aura Sphere. Meanwhile, if you opt for Weedle you get Beedrill who knows Drill Run and if Sandshrew is selected players will get a Sandlash who knows Shadow Claw. Lastly, if Gastly is picked up then you can end up with Gengar with Shadow Punch.

However, this Pokémon Community Day is the shiny debut for Weedle. More details regarding the Community Day event, bonuses are yet to happen after the voting is closed. Which Pokémon are you going to support on May 23rd? Tell us in the comment section.

Pokémon Go is a free-to-play title available on Apple Store and Google Play Store. Go get it now!