It is notable to see that the PlayerUnknown’s Battlegrounds has grown so much striking millions of attentions with almost no marketing.

To celebrate the game’s success, a set of free skins is supplied to all the players as it is vaguely looking with plans for the year ahead. You can access to all in-game offerings before April 23. It includes exclusive hoodie, M416 and several parachute skins.

Players are waiting for the game’s next big 6.2 update with more exciting maps, new weapons, thrilling mechanics and elements. 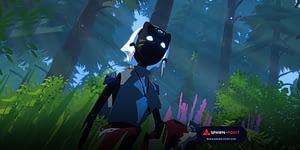