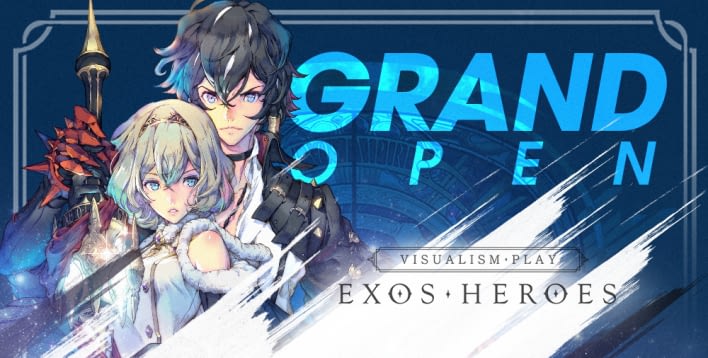 Last year, LINE Games Corporation released RPG Exos Heroes on Mobile which was only available in South Korea. It was a big success there and now Exos Heroes is ready to bang on in 149 other countries. This breathtaking RPG game is now out on all iOS and Android devices. It has enticing visuals with 3D graphics and dramatic gameplay that gives you fun entertainment throughout.

Check out the trailer of RPG Exos Heroes here:

The story of the game revolves around a five-kingdom which explores the continent of Exos. Here the story moves on with the murder of an emperor and the stealing of an ancient sword, called by the name Exestruk made from the swords of early kingdom warriors. Each character of the story suits the dramatic gameplay with twists creating nerve-wracking. In total players can collect more than 200 heroes equipped with unique skill sets and characteristics.

You can choose heroes in beautiful costumes with the ratings other players provide. Players can also chat with other players and participate in every day missions to get rewards like a quest, guild battles, mini-games, etc.

Check out the introduction movie of Exos Heroes here:

Check out this amazing RPG game by downloading on Google Play Store and App Store.