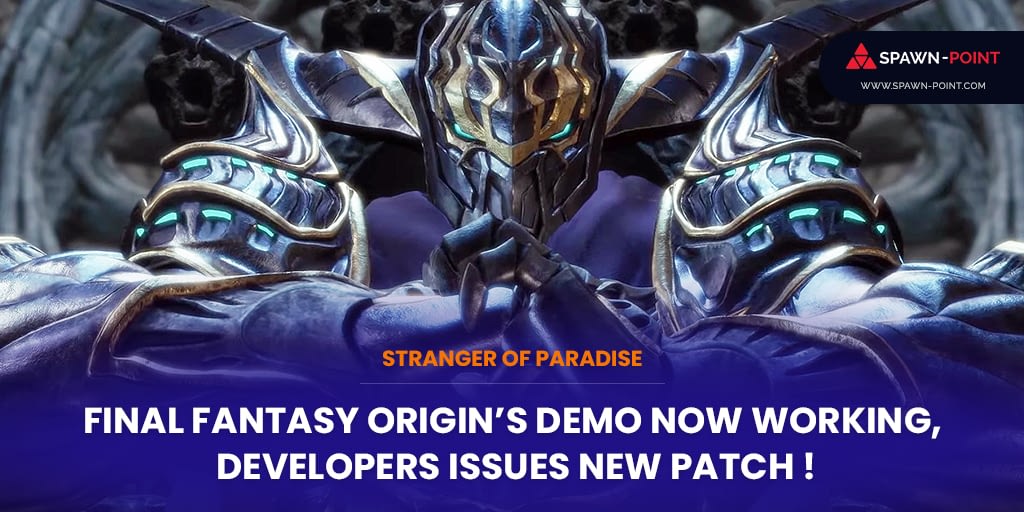 In recent Square Enix’s E3 event presentation, publishers reveal much awaited Stranger of Paradise: Final Fantasy Origin demo. This game is published by Sqaure Enix Japan and developed by Team Ninja and Koei Tecmo Games. The title’s demo went live on PlayStation 5 very same day, however players reported that the demo is not playable and has ‘corrupted data’. Even though the announcement came as a surprise and fans of Final Fantasy were getting ready to get their hands on the demo but unfortunately it failed.

Today the developers tweeted that they have issued a patch that will fix the issue with the game’s original trial version. Also, if you have already downloaded the trial, the issue will be resolved by applying the update. They also apologies for keeping players waiting for almost 2 days.

Alongside, very few info is given out for Stranger of Paradise: Final Fantasy Origin but the game is described as ‘a bold new vision for Final Fantasy’ franchise and is set to release on last and current gen consoles along with PC.